A pop of  color

Born in the Netherlands, the daughter of a father architect and a mother painter, Caroline grew up in an artistic environment.

On the walls and the ceiling of her bedroom, her mother’s reproductions of Magritte’s painting made her dream. Another world opened for her, and she was fascinated by this artist and wanted to learn French. Perhaps, it was in that childhood bedroom that her passion for painting was born.

At 19, after high school, she went to Paris to start a career in modeling, where she stayed for several years, and started to paint. She met many photographers – some of whome still follow her today.

Some time later, though her career was very successful, Caroline yearned to have a family. She got married and moved to Switzerland, where she gave birth to her two children. Painting was then her secret garden, that personal space where she cultivated her bright colors and her good mood.

At the same time, Caroline’s adventurous spirit led her to Florida for a short time, where she learned to fly and obtained her pilot’s license, « Because why not if you can ? ».

While her children grew up, life played a trick on Caroline.

She decided not to be daunted and to focus on the bright side. To take a step away from the negativity, she moved to Crans-Montana for its pure air and nature. Painting became a full-time activity and Caroline truly began her self-taught artistic career. 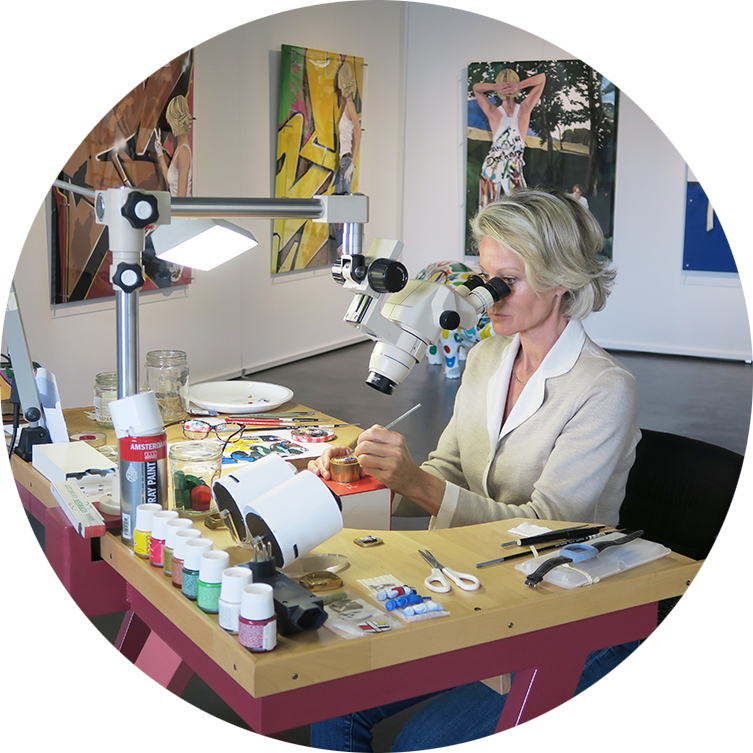 A showcase for art and luxury goods

Opened in 2006, the Maison d’Art is a three-story space designed like a concept store by top avant-gardist Atelier Oï of La Neuveville. The gallery is located on the most prestigious street of the famous ski resort town of Crans-Montana, Switzerland. At the back of the gallery, Caroline Dechamby set up a light-filled atelier where she can paint.